Dream Across the Universe (single edit)

In the summer of 1978 I had the opportunity to go on a short European tour with three other electronic musicians that I had been performing with for the past year, Clara Varèse, Edgard Rockmore, and Ondes Martenot. We had been playing small gigs across the United States, mostly college campuses and underground venues, when I was approached by a promoter friend. Up until that time, our setup was pretty portable, a couple of Mini Moogs, ARP 2600s, a Wurlitzer electric piano, but this was to be a grand affair and we had the backing to bring along a veritable arsenal of instruments, including four full Moog Modular Systems!

Though the European venues weren’t particularly large, we were set to perform in Paris, London, Istanbul, and Venice. All the compositions were mine, but each of the other performers had tremendous flexibility in realizing their own parts. There was also quite a bit of improvisation involved!

All of this would have been lost to time, and nearly was, but it turned out that Edgard’s brother (who also served as one of our technicians) taped all the performances. There was a 1/4 inch stereo house mix, and a 2 inch multi-track recording taken directly from the soundboard. And it was these tapes I found a few years ago while cleaning out an old studio storeroom. I transferred them to hard disk and have now remixed and remastered the original recordings.

I’m proud to finally be able to release these recordings now for the first time. I hope you enjoy listening to them as much as we enjoyed creating them.

(including end theme: On the Cosmic Shore)

By the time our tour began, long multi-movement pieces were well established. From works like Vangelis’ Heaven and Hell to Yes’ The Gates of Delirium, I was enamored by this long journey culminating in an end theme. The Paris set weaves its way through Tangerine Dream inspired Mellotron textures, Moog Modular layered sequences, a Mini Moog solo, and finally lands on an end theme that grows from delicate petals to a sonic garden (a clear nod to the master Vangelis). Thank you to Clara for the evocative Wurlitzer piano solo.

And a special thank you to Mike Oldfield to inspire us to bring some tubular bells along for this tour!

The London set was our time to explore the growing world of what would eventually be EDM (Electronic Dance Music) as pioneered by Jean-Michel Jarre. In order to sync all the different sequencers live we relied on a central control voltage source, as this was well before the days of computers and even MIDI. This was also our first experience in what would later become the drum machine. The Roland CompuRhythm CR-78 came before the famed 808 and Linn drum machines and consisted mostly of presets and triggered fills. Although it was rather primitive by today’s standards, it has a wonderful nostalgic sound now. Note, the other “kick drum” sounds you hear throughout are played on the Mini Moog (filtered noise is a wonderful thing!).

Although we didn’t actually play all night, the gig didn’t begin until after midnight. Thus the end theme for this set is Sunrise.

While touring in the States the year before, we spent some time in California. There we were introduced to two big influences that came together in the Istanbul set. First, we met Suzanne Ciani who introduced us to the West Coast electronic music scene, and in particular, the Buchla Easel. As I was grounded in Moogs and Oberheims at the time, this little gem was a revelation in sound sculpting. We had three of them going this night. The other experience we had in California was the opportunity to hear Ram Dass speak. Edgard obtained some recordings of that talk and made several short tape loops that he could trigger live on stage. You’ll also hear several tape loops of prepared piano (thank you John Cage) that Edgard put together (Edgard and his tape machines!). This set can be heard in a programmatic sense, sort of a spiritual journey, as we follow the words of Ram Dass. At first things seem pretty clear, then as life goes on the waters get muddy and there’s a bit of chaos. We’ve lost our way. Then, at the end, we remember that the journey never stops, and a new deeper understanding arises, incorporating everything we’ve learned (in this case “heard”).

This is also my one and only live recording of attempting to play a Theremin!

(including end theme: Dream Across the Universe)

Ondes, ever the multi-instrumentalist, brought out his wah-pedal-driven Strat for the Venice set. We weren’t sure how to fit an electric guitar into a synth landscape, but he pulled it off nicely. Of course, he still had his other synth duties to fulfill, thus the Taurus Pedals. And when it comes to the end theme, one might be tempted to think that the lyrics were inspired, again, by Ram Dass. But in this case it was science, not spirituality, that was the inspiration. In Carl Sagan’s 1973 book The Cosmic Connection he first writes “We are made of star-stuff.” All of us. It was this sentiment that drove the cosmic text of the end theme. And, of course, I had to do something with that new vocoder I just bought!

It was serendipity again that would bring the inspiration of Vangelis and Sagan together just a couple of years later in the Cosmos television series.

dream across the universe

dream across the universe
escape the curse
of time

breathe in where you stand
and put your hand
in mine

we will travel far
watch the stars
unwind 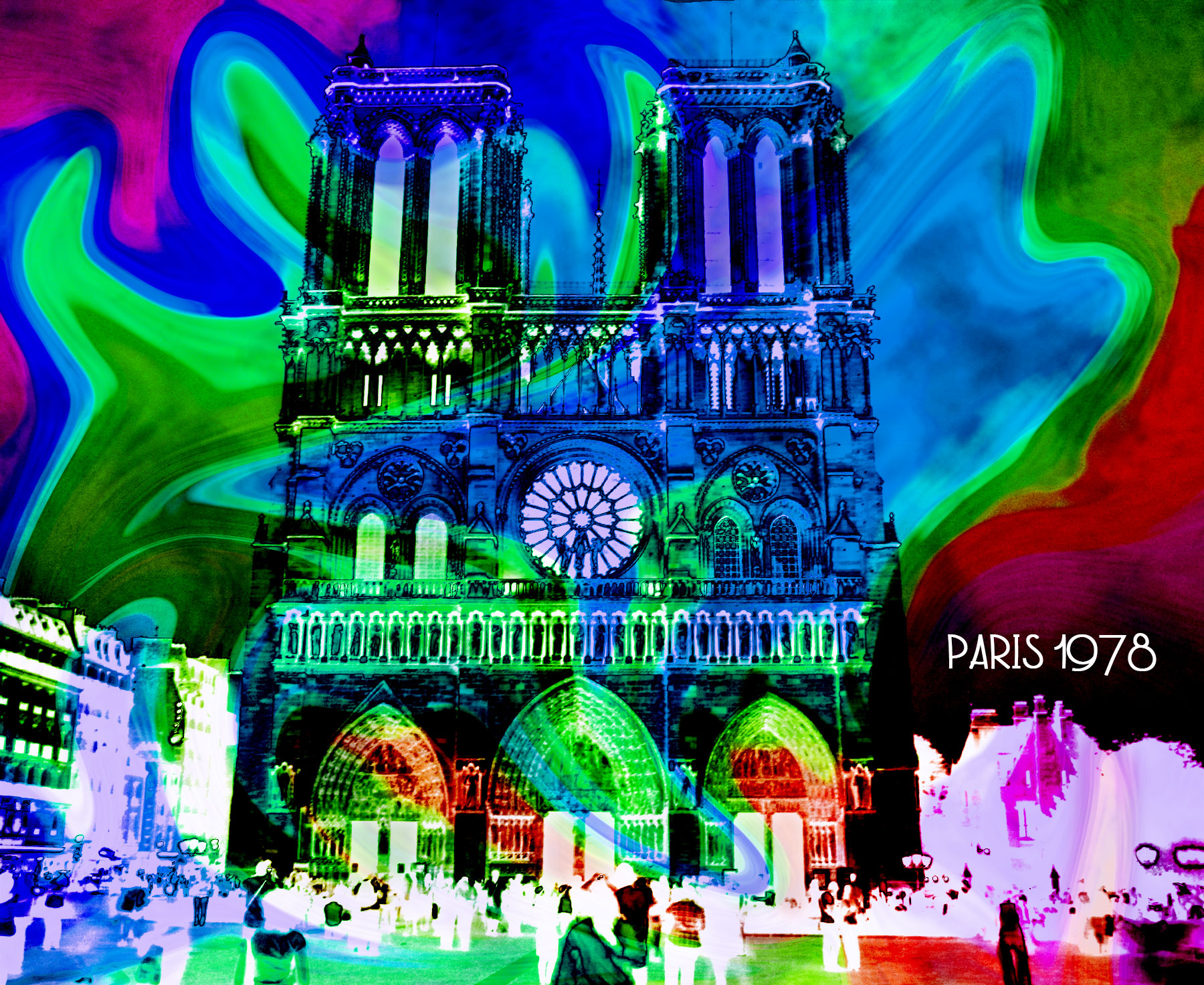 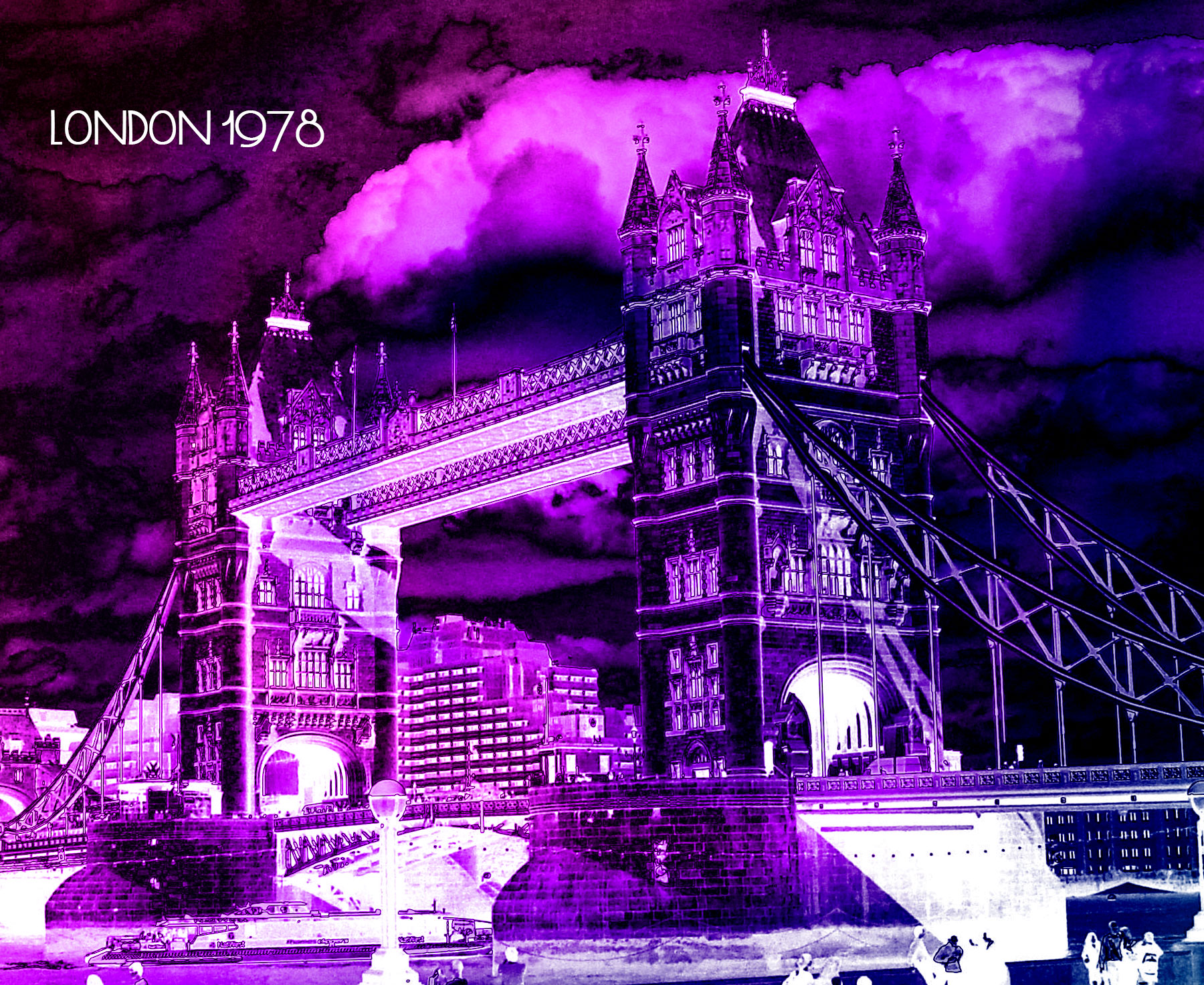 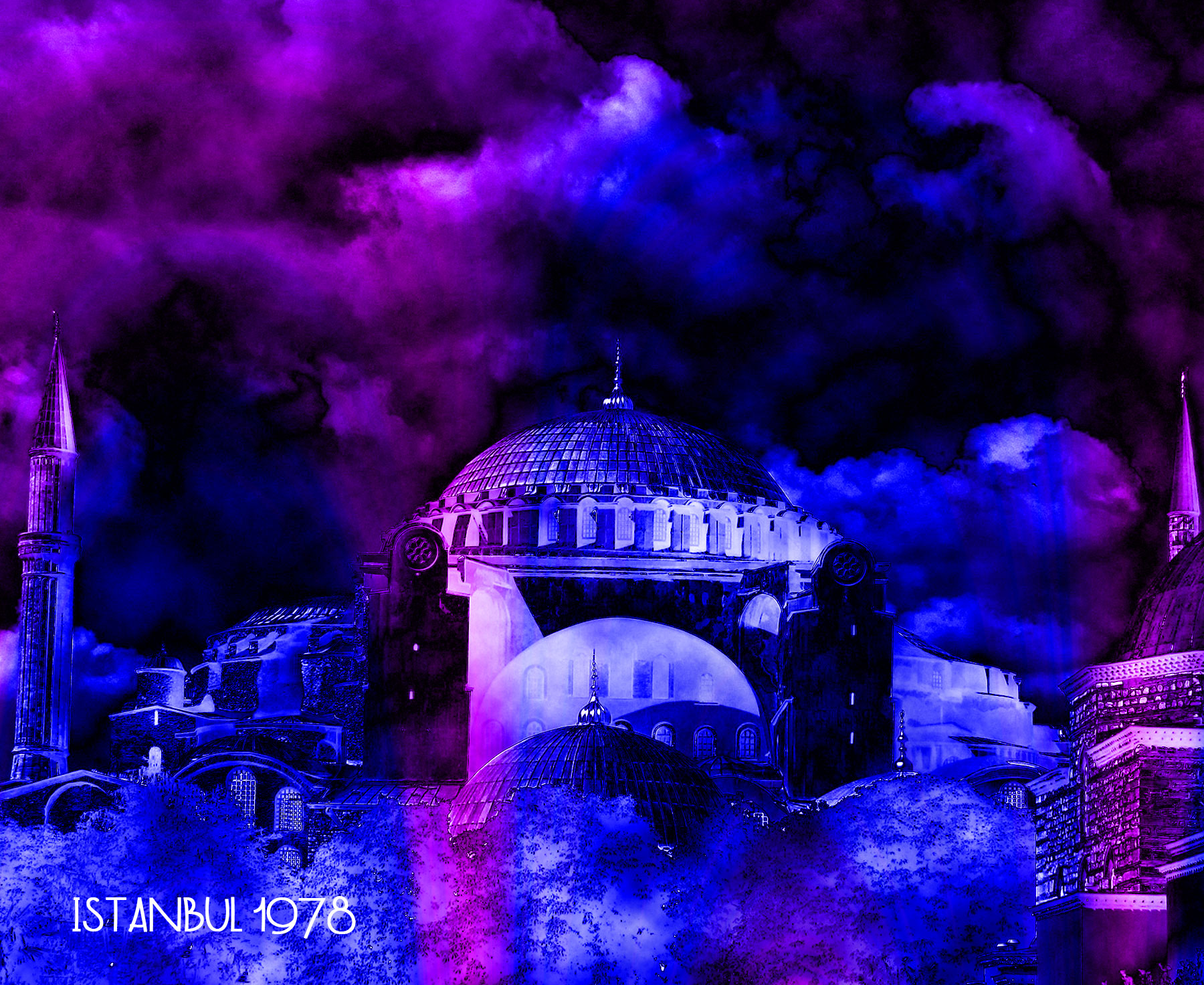 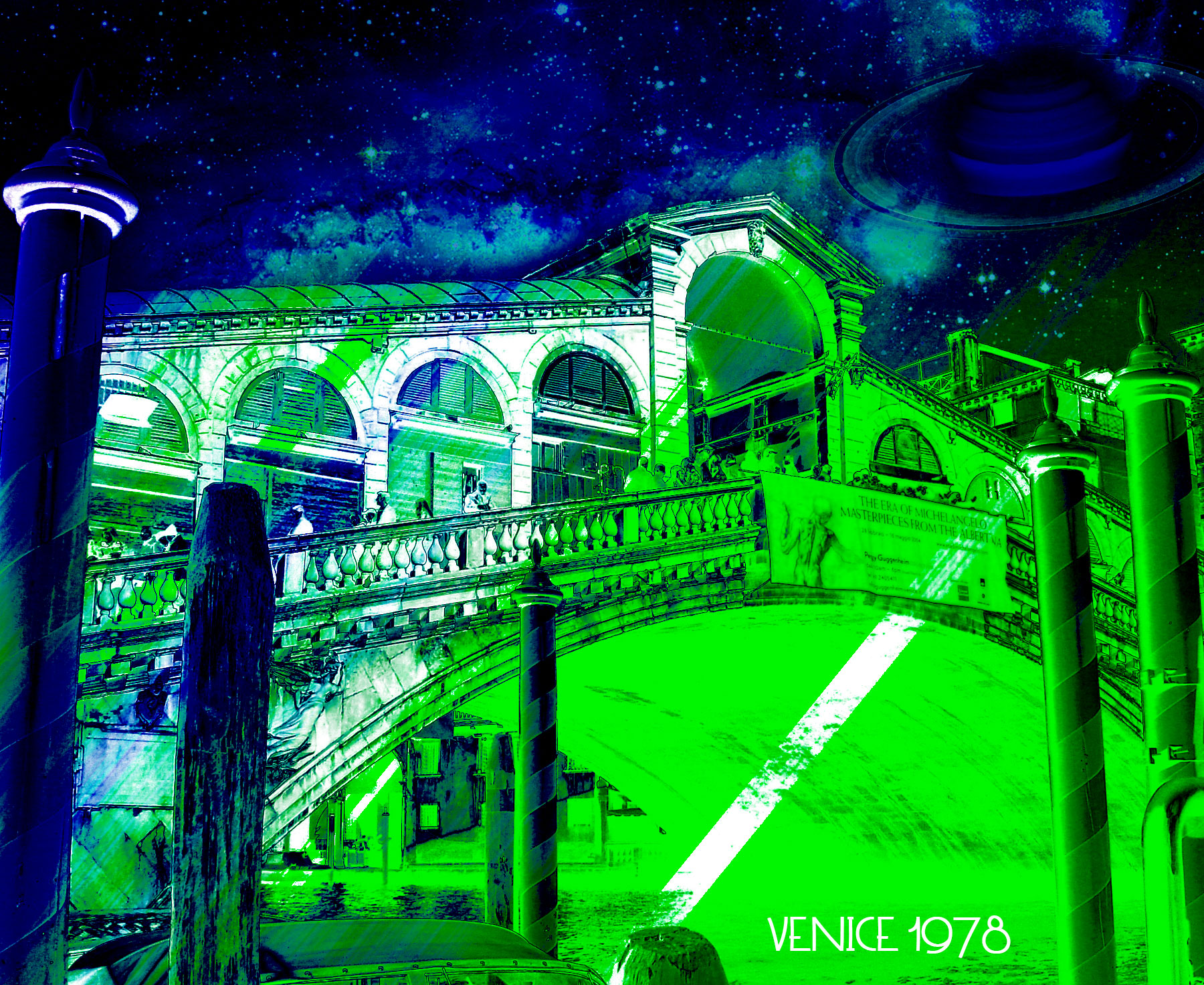